It is not uncommon to see former players try their hands in the fickle world of managing football clubs. The past two seasons have seen a new wave of former Premier League players taking a shot at management with Steven Gerard and Frank Lampard leading sway at Rangers and Derby County respectively. 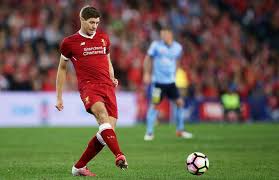 One former Premier League star looking to join this company is former Blackburn and Derby County midfielder Robbie Savage. The energetic midfielder was one of the outstanding talents at Blackburn during his stint at the club making 76 appearances for the club from 2005-2008.

Speaking to football magazine Four Four Two, Savage revealed that he was contemplating moving into management as he looks to build on his current experience.  The 44-year-old currently manages an u13 side and feels that he can take the step to club management.

The former Wales international revealed that is persona means that he can handle the pressure of managing in England. Surprisingly Savage is not looking for a Premier League club as he believes it would be difficult to get a job in the Premier League without sufficient experience.

He would be willing to begin his career in the lower leagues as he cited Scholes and Sol Campbell as good examples of Premier League legends coaching in the lower leagues.  Savage retired from active football in 2011 after close to 20 years as a professional. During that period he played for Derby County, Birmingham City, Leicester City, Crewe Alexandria and Brighton & Hove.

He has turned to punditry since his retirement working with a number of media platforms with his acute analysis of the game a standout from the often controversial character.

It remains to be seen if the 44-year-old would be given a shot at management in the offseason.